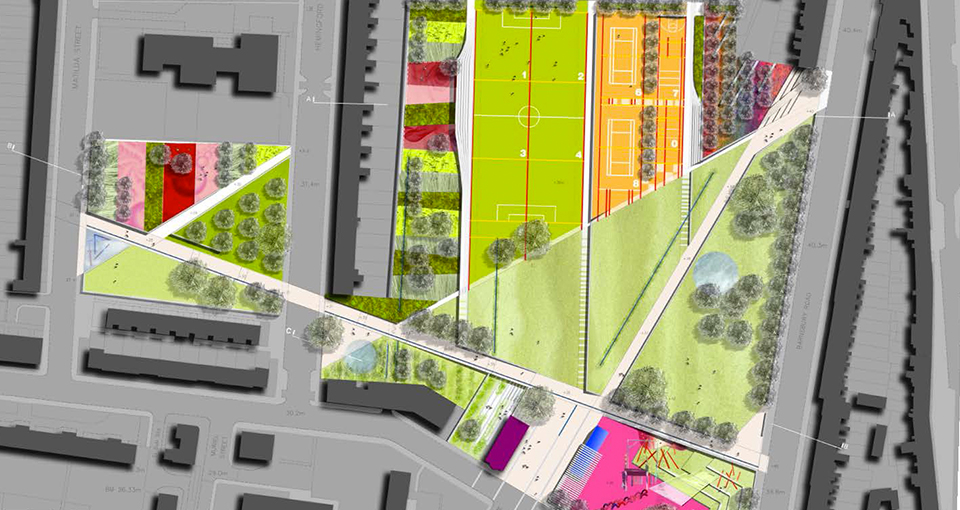 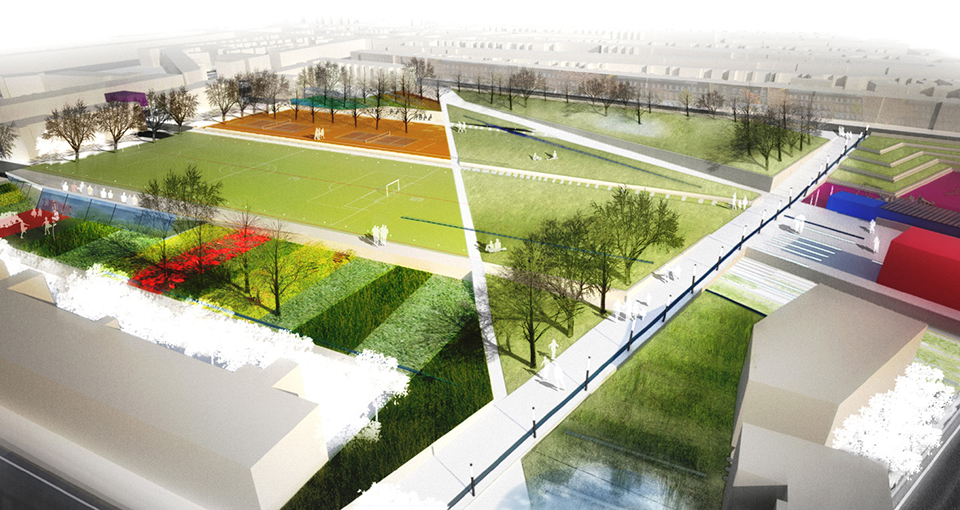 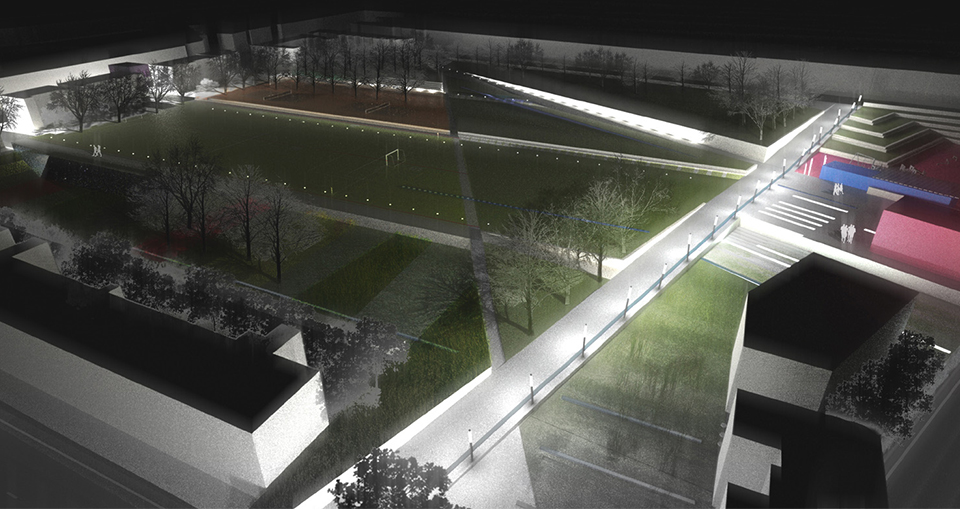 The competition brief consisted of redeveloping and extending Barnard Park, which dates back to the end of WWII. The site is in central London, in the borough of Islington, which is characterised by its dense urban fabric (Victorian terraces). Barnard Park is the largest public park in the southern part of the borough of Islington. An in depth analysis of the history of the site, the topography, demography and context encouraged us to follow our initial intuition and create a junction between the two neighbourhoods: the historical neighbourhood to the north-east and a neighbourhood of major social housing developments to the south-west (towards Kings Cross station) that are undergoing major renewal. We proposed to tie the park into its context by revealing traces of ancient thoroughfares along the edge of the Victorian part. The topography of the site and the 13 metre height difference between the eastern edge of the park and the western edge gives the park the feeling of a panoramic balcony and facilitates the organisation of the wide number and variety of activities on terraces at different levels.