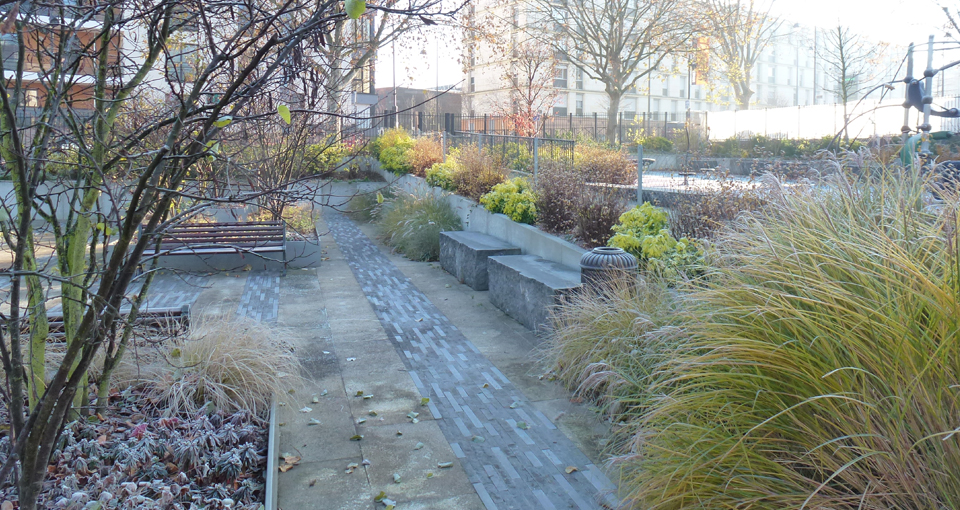 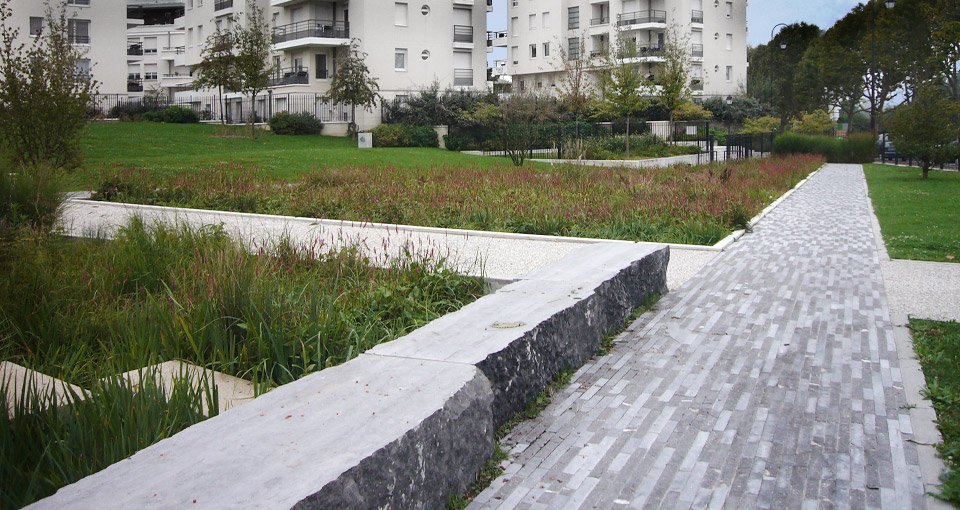 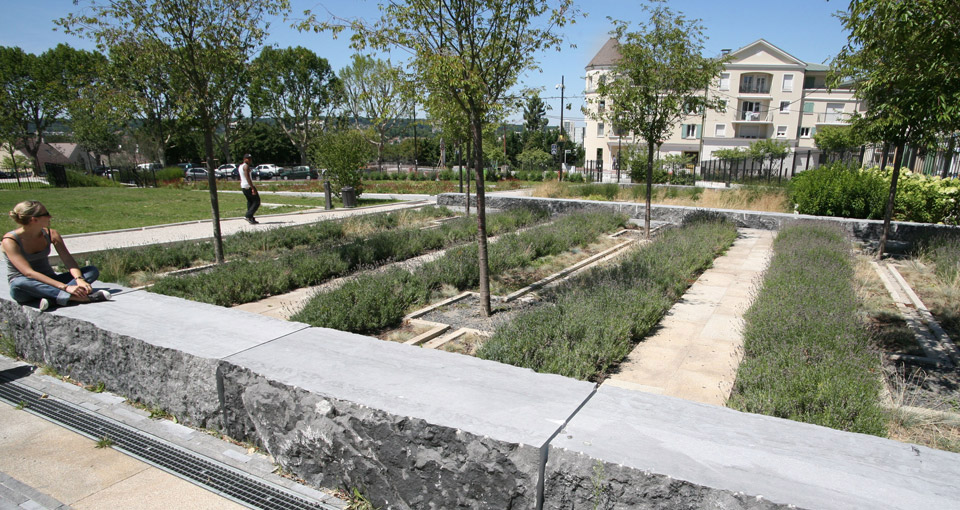 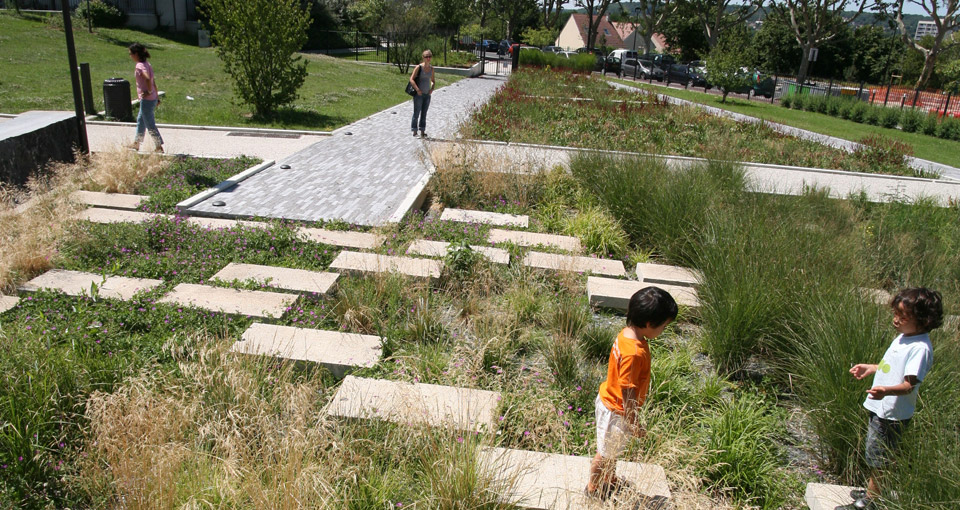 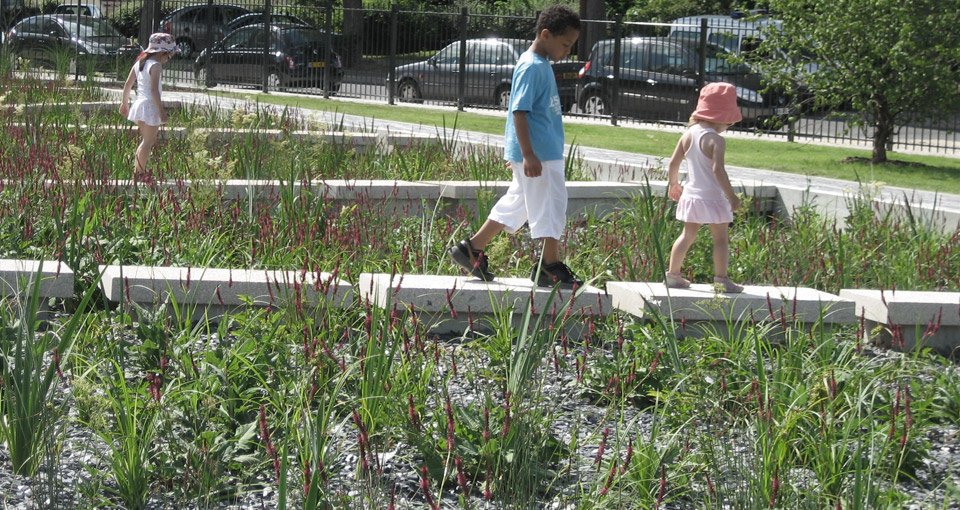 The Noyer Doré Park is part of a wider urban renovation project. The green lung of the new neighbourhood, it plays an active role in connecting and integrating the built scape. The existing natural slope of the site was of considerable advantage to the design. Thus a series of terraces and level changes are set along a north south diagonal axis, bringing structure to the park and organising the various spaces, such as play areas, several passive seating contemplative outdoor rooms and a sunken garden located at the bottom of the park for rainwater collection and filtering.  An undulating sloping lawn sits on the other side of the north south axis and contrast with the structured terraces. It plays a role in storing surface water runoff, slowing it down before it flows into the sunken garden at the lowest point of the park. Lighting design was integrated from the earliest stages of the project contributing to a more complete and coherent project. Finally, the aim to build a park that would stand up to the test of time has been translated by the use of sustainable materials that also provide a strong visual identity and quality.